YAML has historically been involved in minerals exploration, mine development and operations, and more recently focussed on the identification and evaluation of near term mining opportunities.
YAML previously owned, developed and successfully operated the Spinifex Ridge Iron Ore Mine located in Western Australia.

A pre-feasibility study conducted in 2005 indicated the project has an annual production of 15,000-20,000t of copper cathode for a mine life of more than 10 years. Recent drilling results have significantly improved the economics of the project. 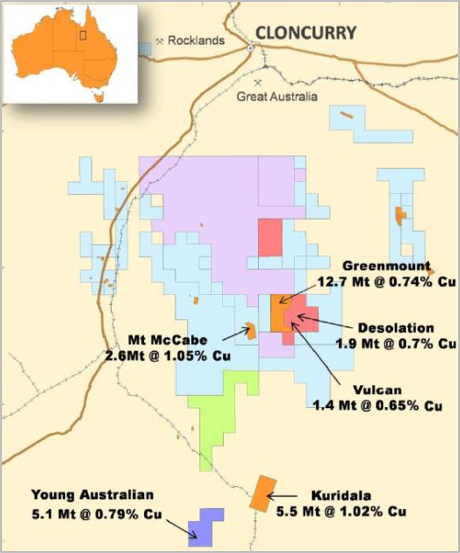 YAML considers that White Range has strong potential to be brought into production and intends to shortly commence work to bring the project to development.

The copper market has seen strong supply-demand fundamentals over the past 12 months, underpinned by expectations of strong demand from top consumer China. The metal, used in power and construction, has seen benchmark prices on the London Metal Exchange rise more than 20 per cent this year. Moreover, the consensus view among brokers is that tight supply in the global refined copper market would result in the base case for copper remaining solid, with few indications that demand will slow.

YAML believes that the White Range purchase will allow it to take advantage of this projected strong demand cycle and bring the project into operation during a period of forecast solid copper prices.